Which Hoverboards Are Safe? Don’t Buy Without Reading This First

Which hoverboards are safe for 2021?

are hoverboards safe? Find out Here

The following are some of my top picks for 2021 - their features and prices vary, but all are safe and UL certified

My Top Rated Hoverboards That Are Safe And UL Certified 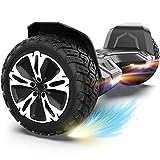 1,045 Reviews
Gyroor Warrior 8.5 inch All Terrain Off Road Hoverboard with...
Buy on Amazon 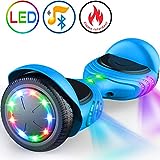 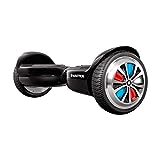 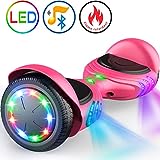 Unless you’ve been living under a rock, you’re probably well versed in what happened with hoverboards in 2015. Just in case though, let me just summarize. The first we really heard of hoverboards (or self balancing scooters) was late 2014 and early 2015. Celebrities and the media went crazy for this new fun method of personal transportation, and by the end of 2015 everyone wanted one. They quickly became THE must have toy (for both adults and kids alike) for Christmas 2015 and millions were sold worldwide.

However there was a problem with hoverboard safety

These hoverboards were mass produced in multiple factories in China and Hong Kong with little to no regulation. They were made using inferior quality materials, and cheap generic lithium batteries which were a major fire risk. After a number of reports of these scooters exploding or going on fire, they were quickly banned from sale on all major retail websites such as Amazon, eBay, Walmart etc.

In early 2016 it look like the hoverboard market was all but dead. Many companies recalled their hoverboards on advice from the CPSC (Consumer Product Safety Commission). Buyers were advised to either seek a refund (which for alot of people was impossible if they bought a generic model, as sellers quickly disappeared) or just dispose of the hoverboard for safety.

But this wasn’t the end.

This brought us the new UL certification for hoverboards

Unfortunately it was bad news for those who bought the earliest models. However, UL (Underwriter Laboratories) created a new standard for hoverboards in 2016. The goal of UL is to ensure safety of consumer products and if hoverboards had this sooner, a lot of fire damage and personal injuries could have been prevented.  A series of 150+ rigorous tests need to be passed to gain this cerification called UL 2272.  These tests include an overcharge test, drop test, water exposure test, crash test, shock test, mold stress test, imbalanced charging test, short circuit test, over discharge test, motor overload test and much more.

Are Hoverboards Still Dangerous? If not,

Which Hoverboards Are Safe?

New hoverboards that are UL 2272 certifed ARE fire safe  – as safe as any other product you might have in your home that uses a lithium battery e.g. your laptop or smartphone. They are no longer a fire hazard. Of course you should still follow manufacturer’s safety guidelines for optimum protection. Just because hoverboards are fire safe, doesn’t mean you can’t have an accident while riding. Younger kids especially should wear personal protective gear such as helmets and elbow/knee pads.

Legitimate manufacturers committed to improving their design processes, quality and safety, and many have already passed the test and gained the UL 2272 certification. Swagtron was the first, quickly followed by the Segway Minipro, Razor Hovertrax, Jetson, Halo Rover, Gotrax, Hoverheart, Megawheels, and many more. The testing they go through is rigorous to ensure absolutely safety of the product.

Amazon ONLY allows the sale of UL 2272 certified boards that have been fully tested and meet the recommended safety standards. Many other retailers are now starting to follow suit and require this certification for hoverboards sold on their site, which is good news for the customer.

Best and Safest Hoverboards For Kids

The ultimate gift for all the young kids! What’s a good and safe hoverboard for them?

Hoverboarding made a massive comeback

Many major retailers who banned the sale of hoverboards, now sell hoverboards that are UL 2272 certified.

For example, to sell on Amazon in 2019, sellers must prove they have passed the tests and gained the certification before they are allowed to list a hoverboard brand. So if you buy a UL certified self balancing scooter today it will NOT be a fire risk like those that went before.

How to ensure hoverboard safety

What to expect from next generation models

Hoverboard manufacturers have learned from their mistakes with earlier products and have for the most part improved the scooter on almost every level.

As you can see on BestElectricRides.com we love our rideables, particularly hoverboard/self balancing scooters. We only recommend brands that we trust, and that we believe are absolutely safe.

What age range are hoverboards suitable for? limits and requirements

Are Electric Scooters Safe? Don’t Get Injured Riding Yours!

Swagtron T6 Off-Road Hoverboard Review : Is It Any Good?

Jason Leeman is an engineer, tech geek and personal electric vehicle enthusiast. He loves testing the latest in urban personal transportation and sharing his love of wheels with his kids and his blog readers.